Before people used THC or CBD for healing, they used CBN. This cannabinoid helps assist with sleep and develops from aged THC.

There is perhaps no cannabinoid more misunderstood than cannabinol, or CBN as it is better known.

Once thought to be the primary source of the psychoactive effects associated with marijuana, CBN has an ancient tie to cannabis’ first concentrate, hashish, and is now being explored and isolated to provide relief for conditions like insomnia.

The Mysteries of Indian Hemp

When the United Kingdom assumed control over India in the mid-1850s, it was inevitable that the subjects of the British crown would eventually encounter and consume cannabis in one of the plants primal regions of cultivation.

The nation’s subsequent interest and concern in the plant’s resinous products led to the formation of the Indian Hemp Drugs Commission in 1893. This commission represents the first major Western attempt at understanding cannabis, the humble beginnings of the path that with current social tolerance allowing for greater research and access, we now see being being freshly paved into an ultra-modern freeway.

In the years following the commission, some scientists were intrigued enough to pry apart the mysteries of “Indian Hemp.” CBN was the first cannabinoid successfully isolated from charas (otherwise known as hand-rubbed hashish) by British researchers in 1896 and, in 1933, was the first cannabinoid to have its chemical structure successfully elucidated.

A Cannabinoid in Decay

In the early years of cannabis research, CBN was immediately and wrongly singled out as the primary instigator for cannabis’ psychoactive effects. This confusion persisted until Dr. Raphael Mechoulam isolated THC in 1964. By 1975, Mechoulam and his associates had fully explained CBN’s existence as a product of THC’s degradation by heat and light.

In this way, CBN is almost the “ghost” of THC. Years later in 2008, when Dr. Ethan Russo and an international team of scientists examined a well-preserved sample of cannabis flowers that were roughly 2,700 years old, they deduced that the flowers had a relatively high THC content because they found a large amount of CBN during testing.

Being that CBN is a product of THC’s decay, one might be asking what purpose CBN might serve, but —  as with all cannabinoids —  it seems to have a fair amount of therapeutic potential. Those early researchers weren’t entirely wrong about what CBN was doing to our bodies, though slightly confused about its place in the entourage, so to speak. Writing in 1907, English scientist David Hooper stated,

Modern research has backed up this statement.

“Of all the cannabinoids, CBN appears to be the most sedative,” says Steep Hill Labs.

Alta California, a cannabinoid tincture company, offers an “Insomnia Relief” tincture that is advertised as being 50 percent THC and 50 percent CBN. CBN’s other wellness-enhancing properties include an ability to mitigate anxiety and PTSD conditions, which is what Prana Bio Medicinal’s P4 capsules and sublingual tinctures are designed for. And of course, as with nearly all cannabinoids, CBN is effective with pain conditions, and for such Mary’s Medicinals CBN-only transdermal patch may be a potential source of relief.

While more uses for this once overlooked cannabinoid continue to arise, the cannabis industry will be presented with a new challenge: sourcing CBN. The cannabinoid does not occur without degrading THC, and therefore must either be obtained by old product or by treating newer product to transform the THC into CBN. The latter could prove to be a costly solution for nascent companies wanting to explore the potential of CBN, but assuredly as the level of production of cannabis rises, the price for CBN will eventually reach an affordable level for all to enjoy. While one could call the cannabinoid a ghost, given its application for modern-day medicine perhaps CBN could be better understood as the benevolent spirit THC leaves behind. 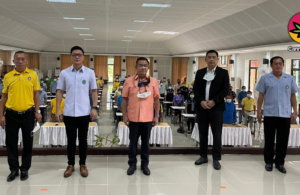 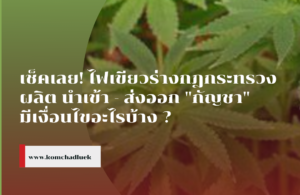 Want to know about our offers first?

Cann Society is a full-service Cannabis Media Agency. A society that provides insider content dedicated to the Cannabis Industry.